The Times Monday, Oct 31, 1808
Four females, natives of Burton-in-Kendal, who had been accustomed to procure a livelihood by daily labour, experienced last week a sudden reverse of fortune, becoming, by the death of a distant relation, equal participators in a fortune of 100,000 l. [£100,000]

The Times Monday, Feb 09, 1829
Early on Thursday morning last, Robert - Esq., of Burton-in-Kendal, and Miss S., a lady of sweet 17, only daughter of the late Thomas S., Esq, of Bradley-field, near Kendal, set off for the popular altar of Gretna. Miss S. lived under the strict care and guardianship of her grandpapa. A chaise and four horses were in readiness at Kendal to whirl away the happy fugitives, and the postilions, with golden hope elate, set off at full speed- "They galloped, for their hearts were good, Could they go faster than they could?" and arrived at the shrine of all bliss almost before the deserted sire had shaken off his tardy slumbers, and discovered his loss.

The Times Monday, Feb 23, 1852
Spring Assizes. Northern Circuit., Appleby, Feb. 20 GRAY V. LEWTHWAITE
In this case Mr Bliss, Q.C., and Mr Temple appeared for the plaintiff, and Mr Serjeant Murphy and Mr James for the defendant. The plaintiff, Miss Alice Gray, is an old maiden lady upwards of 80 years of age, entitled to some house property at Burton-in-Kendal, and the defendant so built a shed near one of her houses that it narrowed and obstructed her right of way to them upwards of three feet, so that a loaded cart could not now pass. The action was brought for this infringement of the plaintiff's right of way, and to establish her right. The cause occupied the court till near 7 o'clock. The jury found their verdict for the plaintiff.

The Times Wednesday, Jul 15, 1914
Ecclesiastical Intelligence. Appointments
Simeon's Trustees have nominated the Rev. Gilbert Monks, senior curate of St John, Ladywood, Birmingham, to the vicarage of Burton-in-Kendal, vacant through the preferment of the Rev F.W. Carpenter. 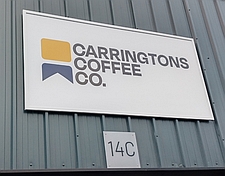